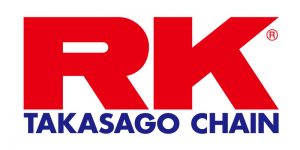 (*) Special chain developed in collaboration with the teams engineer for hight performance.