With a 3rd and 4th place in the GP of Portugal Andrea Verona adds another 28 points to move up to 3rd place overall.
The last round will take place in France, who among the riders will go on the Podium?

The Fourteenth Round of MotoGP took place in Italy from the 17th to the 19th September
Moto GP: The Ant of Cervera and six-time MotoGP World Champion wins in the USA. Marc Marquez was 4.6 seconds ahead of Fabio Quartararo (currently in first place in the overall standings) to take the top spot on the podium for the second time this season, placing him seventh in the overall standings
Moto 2: By finishing 2nd and gaining 20 more points Fabio Di Giannantonio gains 1 place in the overall ranking and becomes 6th.
Only arriving in 2021 in the Moto 2 class, Cameron Beaubier impresses at home by winning the 5th position of the 15th GP, well done
Moto 3: Equipped with RK chains Deniz Oncu did his Tech 3 team proud by taking the 5th place. He is 11th in the overall classification.

There are only 3 rounds left before the final rankings,
Will Marc Marquez continue to impress us and climb the ladder despite a difficult start to the season due to injury?
Will Fabio Di Giannantonio reach the TOP 5?
We’ll tell you more at the end of October after the Italian GP

MXGP : Pauls Jonass, Jeremy Seewer and Glenn Coldenhoff equipped with RK Chains respectively finished the GP of Germany from 4th to the 6th place. They maintain the 6th, 7th and 8th place in the overall ranking
After two races, Brian Bogers was awarded 8th place in the GP, making him 11th overall.

MX2 : Maxime Renaux at the top of his form registers 45 points more, remaining first in the general classification with the score of 448 Points
His partner Jago Geerts from the Monster Energy Yamaha MX2 Team becomes 2nd in the overall standings, with 34 points scored during this weekend he overtakes Mattia Guadagnini

In one week’s time the 12th MXGP/MX2 GP takes place.

Will Jeremy Seewer be able to reach 5th place in the overall standings as the remaining rounds go by?
While Maxime Renaux seems to be unstoppable who of the other riders will make it to the TOP 5?
We will tell you more in the coming weeks

SBK :Jonathan Rea was so well on his way to a first place finish in race 1 that he crashed badly, taking away any chance of scoring points to close the gap to rival Toprak Razgatlioglu. It is during race 2 that he will finish first having thus 454 points in second position of the general classification

SSP :Race 1 was very close and it was after a hard fight between several riders that Jules Cluzel won.
The drivers sponsored with RK chains did us proud, it is during race 2 that Steven Odendaal, Jules Cluzel and Federico Caricasulo will finish respectively from the first to the third place.

Who of Toprak Razgatlioglu and Jonathan Rea will score the most points. Will Jules Cluzel take 4th place overall?
See you in Argentina from October 15th to 17th for the penultimate round.

The FIM Motocross of Nations took place from the 24th to the 26th September in Mantova Italy.
Through 3 races the National teams fought for the first place and it is with 37 points that the Italians honoured their country by winning the 74th Monster Energy FIM Motocross of Nations title.
With 38 and 39 points the Dutch and the British didn’t let themselves be outdone, among others Ben Watson sponsored with RK Chains finished 3rd and 4th, his partner Shaun Simpson took the 6th position.
On the Dutch side Glenn Coldenhoff and Roan Van De Moosdijk who gave their support to Jeffrey Herlings allowing them to be Second.

Jonathan Rea finished 2nd and then 5th in the Motul Spanish Round placing him 2nd in the overall standings with 429 points leaving him only 20 points behind 1st placed Toprak Razgatlioglu
Alvaro Bautista on his CBR1000RR-R had an incredible Weekend, with a 5th and a 3rd place he became 9th of the General Classification at only 1 point from the 8th position
The 11th round of WSBK will take place from the 1st to the 3rd of October.
Although sensational, the World of Motorbike Sport had a sad event this weekend, Dean Berta Vinales passed away following a serious accident that happened during the first race, with serious injuries to the head and chest the medical staff immediately intervened and treated him but despite all their efforts Dean Berta Vinales unfortunately succumbed to his injuries
We would like to send our condolences to his family, his friends and his team.

The Fourteenth Round of MotoGP took place in Italy from the 17th to the 19th September
Moto GP: Marc Marquez 4th at Misano moves up to ninth overall.
Moto 2: In Moto 2, Ai Ogura offers a 7th place to his team Idemitsu Honda Team Asia.

The 10th round of MXGP/MX2 took place in Italy from 18th to 19th September.
Jeremy Seewer with RK chains finished 5th in the Riola Sardo Circuit.
Maxime Renaux and Jago Geerts from Monster Energy Yamaha Factory MX2 team respectively finished 2nd and 4th.
Honorable mention to Kay de Wolf that climb to the 3rd position of the Podium.

In Spain the Hyundai N Catalunya Round took place from the 17th to the 19th September.
Jonathan Rea finished 4th and 3rd at Catalunya making him 2nd in the overall standings with only a 1 point gap to Toprak Razgatlioglu.
On the SSP side, Steven Odendaal maintains the 2nd position in the general ranking with 257 Points. 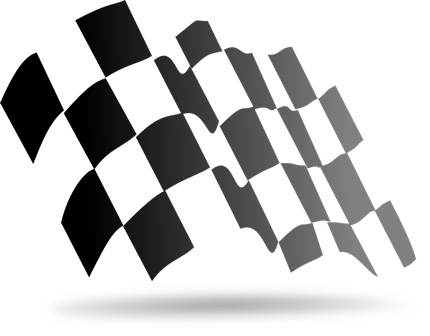